Within the framework of one of the great meetings of French motorsport, the Easter Cups at Nogaro, the FFSA Academy French F4 Championship has started. The superb set of 19 Mygale-Renault F4-FIA single-seaters were able to take advantage of ideal conditions for this first Qualifying session, which was eagerly awaited by the drivers. Already very fast in the morning during Free Practice, Hadrien David confirmed his form by achieving pole position in the afternoon ahead of Enzo Valente and Jules Mettetal. He secured the best place on the starting grid of Race 1, as well as for Race 3 thanks to a second fastest lap.

When it came to attacking the very first Qualifying session of the season, a mixture of determination and anxiety could be seen on the faces of the 2019 drivers, made up of six different nationalities. This year again, the field is of high quality and the French F4 Championship promises to be one of the major competitions organised in Europe for young drivers. This first official day was marked by the performance of Frenchman Hadrien David. Leader of Free Practice, he used his car perfectly to take a first advantage on his opponents. 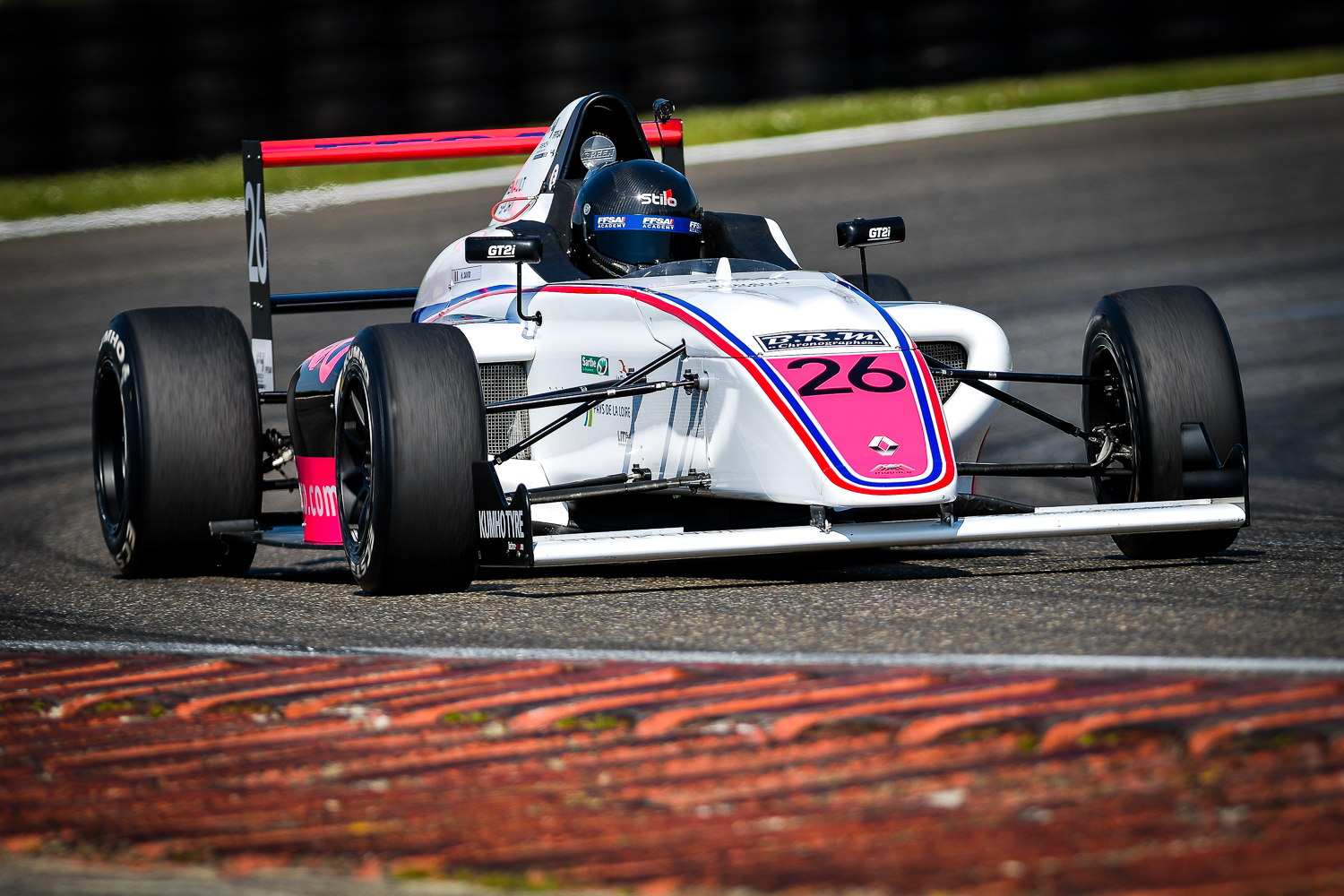 Perfect Qualifying for David in the sun

“I really like this Nogaro circuit and I felt very comfortable from the beginning of the meeting,” said the former French FFSA Karting Team driver, currently 15 years old. “I knew that the gaps would be very small between the competitors for pole position. The Nogaro track is quite abrasive and I really tried to set the best lap times when the Kumho tyres were the most efficient, between the 4th and 7th lap. I am very happy to start the season this way and I am determined to do everything I can in the three races.”

In the wake of Hadrien David we expected Reshad De Gerus or Jules Mettetal, as in Free Practice, but Enzo Valente completed a splendid Qualifying session to secure 2nd position. “I was not at my best in Friday practice, especially when it took time to get some new tyres,” said Enzo. “So I worked a lot with my FFSA Academy engineer analysing video from embedded cameras and data acquisition. I visualised where I could save time and implemented the advice I received, which allowed me to move in the right direction.”
The first row will be identical in Races 1 and 3, with Hadrien David ahead of Enzo Valente.

Well placed at the beginning of the session, Reshad de Gerus from Réunion was unable to improve his time enough and ended up getting taking 3rd place ahead of Jules Mettetal. “It’s good to be on the top three of starting grid in Race 1, but I have slight regrets because I think I lost a bit of time in each of my fastest laps. However, my progress has been steady since the first tests and I am optimistic for the rest of the meeting,” confessed Jules.
De Gerus, who is competing in his second season of F4, will start 3rd ahead of Mettetal on Monday in Race 3, benefiting from the time for his second fastest lap.

Of course, the other drivers are far from having had their last word. This includes Evan Spenle, 5th, or the American Nicky Hays who progressed during the session to come back to 6th position. Isack Hadjar, the best of the Juniors, is a promising 7th ahead of South African Stuart White, Gillian Henrion and the 2nd of the Juniors, Victor Bernier, the 2018 World Karting Champion.
Certainly, Race 1 promises to be particularly interesting to follow.

Starting grid of the three races :