The holder of pole position, winner of Race 1 and 4th in the second race starting from 10th place, Hadrien David confirmed his ambitions at the Easter Cups in Nogaro by winning another victory in Race 3. This Monday, the young French hopeful was unbeatable, largely dominating his adversaries with, again, the lap record. Behind, the gaps remained extremely small in the chasing pack. 2nd in front of American Nicky Hays, Reshad De Gerus celebrated his third podium in three races at the opening of the FFSA Academy French F4 Championship. 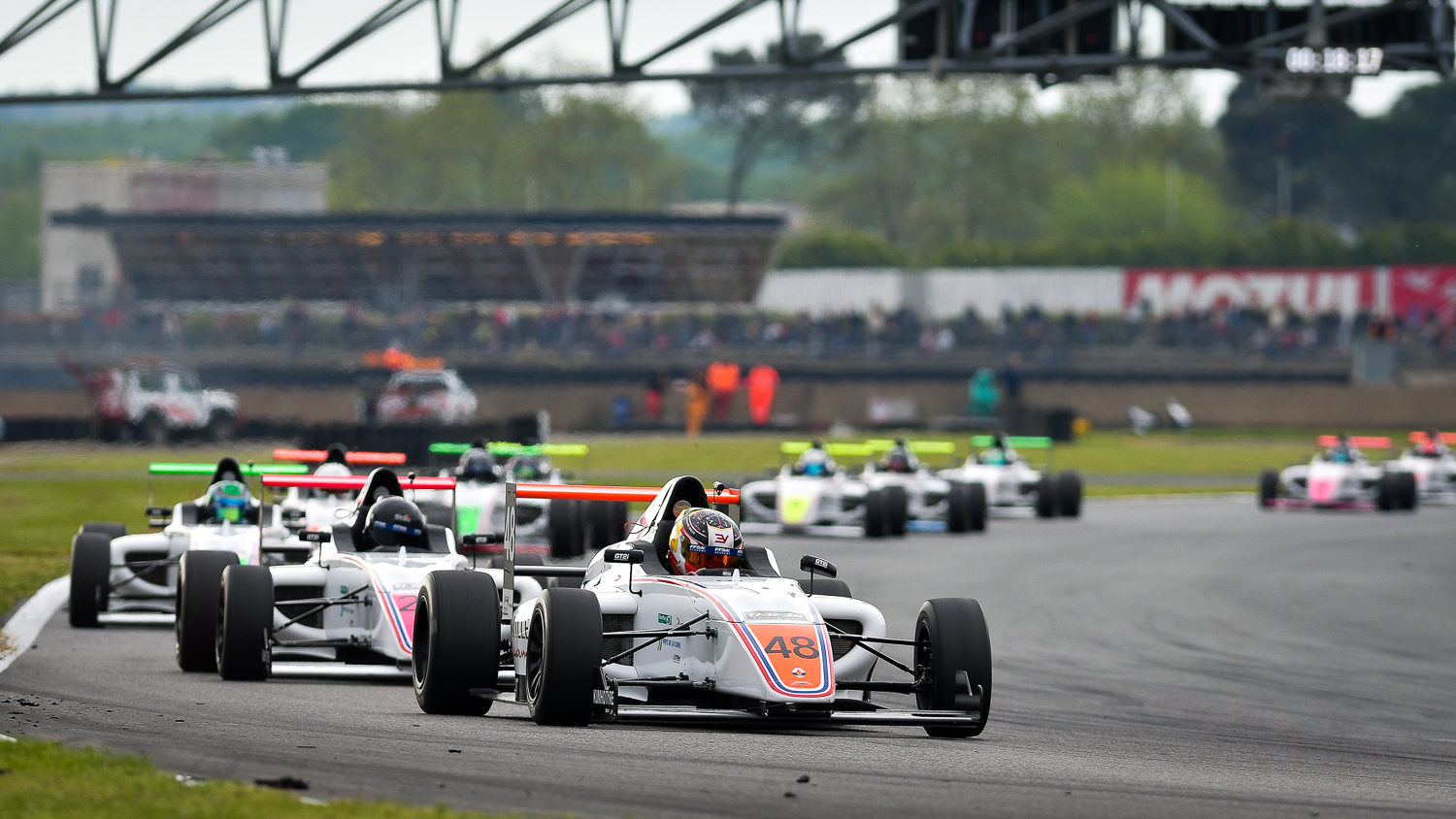 At Nogaro, it was enough to take a look at the fastest laps of each driver to see the extremely small gaps between the contenders for the podium in this very high level French F4 Championship. But there are drivers who have not all experienced the same curriculum, with several nationalities represented. But the quality of preparation of the FFSA Academy’s Renault-powered Mygale F4-FIA single-seaters allows each participant to demonstrate their talent on a level playing field.

Of course, at Nogaro, a driver stood out, in the person of Hadrien David, who again perfectly exploited his place in pole position to win and leave Nogaro with the status of the first leader of the of French F4 Championship. “In both Sunday races, I found myself trapped behind Enzo Valente, whom I always struggle to overtake. This time, I really focused on getting a perfect start for Race 3 and keeping my advantage, that’s what happened,” said Hadrien, who was harassed on all sides during the first lap. “Then my pace was very good, I managed to manage my tyres well during the weekend and I was able to create the gap quite easily.”

Behind, Reshad De Gerus had been more busy keeping his opponents in check during this lively start to the race, rather than trying to stay in touch with the leader. He ended up distancing himself from the chasing pack, in which some racing incidents led to the fall of Evan Spenle, Isack Hadjar, Ugo Gazil and Jules Mettetal on the last lap. Hadjar could regret having received a “drive through”, since he then posted the second fastest time in the race. The American Nicky Hays was rewarded for his great attacking race with 3rd place ahead of Enzo Valente. Ranked 5th, Gillian Henrion managed to make good progress, very encouraging for the rest of his season.

Not at best in Qualifying, Denmark’s Valdemar Eriksen finished strongly, coming in 6th ahead of South Africa’s Stuart White, who was hoping for more from his experience in the category. Mikkel Grundtvig, another Danish driver, Mathis Poulet and Belgium’s Sten Van der Henst scored their first top 10s in FFSA Academy F4, while significantly reducing the time difference with the best. The same goes for Pierre-François Duriani, who returned from 19th to 11th place in Race 3. The young driver from the French Junior Karting Championship already knows that he will have to improve his times in the Qualifying session if he wants to enter the top 10.

In Junior, Victor Bernier lost precious places at the start, before going up in the hierarchy and to sign a second consecutive victory in his category in front of Paul-Adrien Pallot, too much delayed at the beginning of the race.