Often presented as an arbiter of driver talent, the historic and ruthless Pau street circuit promises fierce battles on 17th, 18th and 19th May for the 2019 FFSA Academy French F4 Championship. Only two of the 19 drivers will have the advantage of knowing this track laid out in the Béarn city centre. 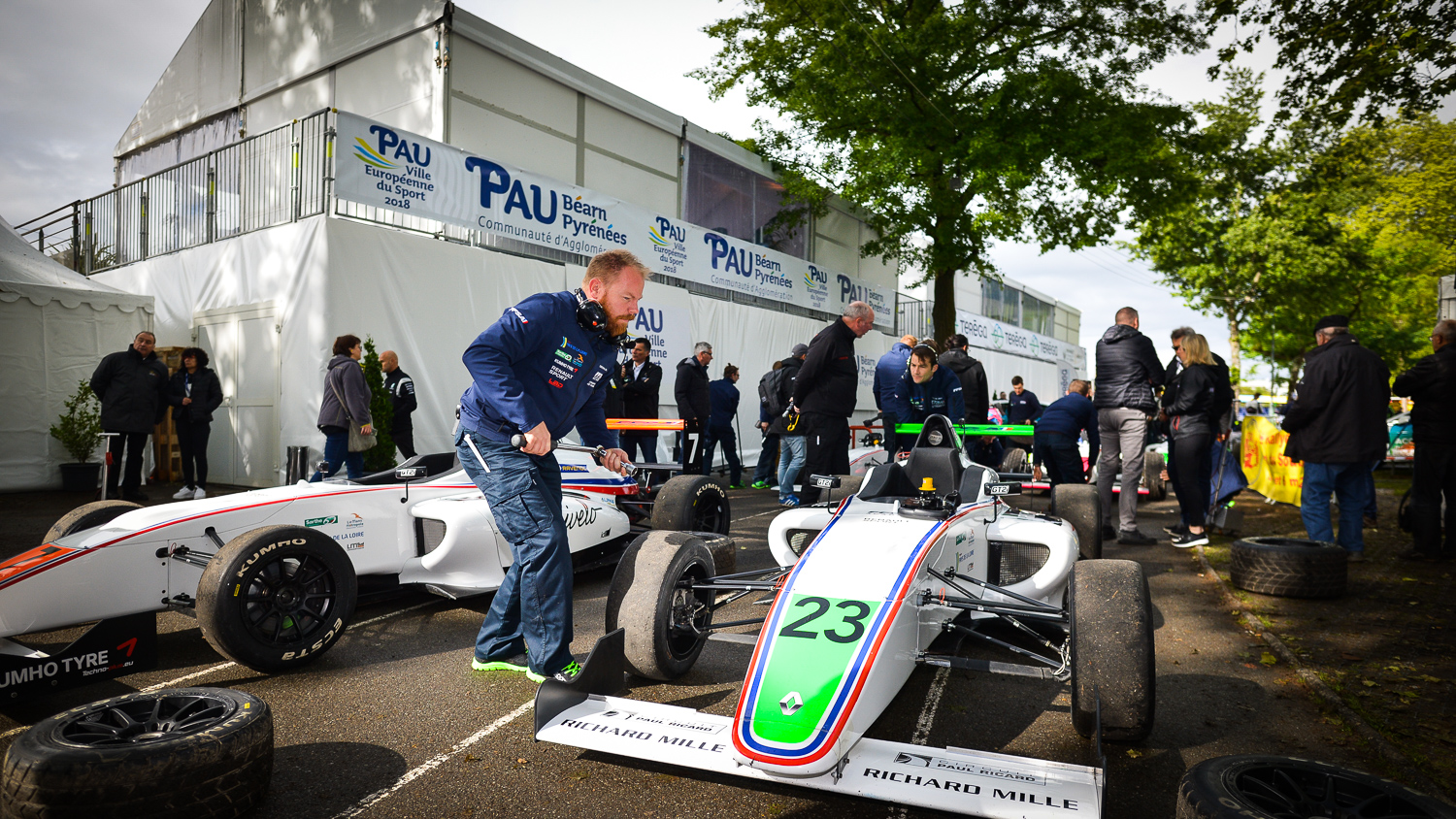 It was in Pau that Reshad De Gerus, French F4 Junior Vice-Champion in 2018, took his first top three in the discipline. This time the Reunionese driver is dreaming  of climbing to the top step of the podium, especially as he has made a good start to the season and is currently in 2nd place in the Championship.

Coming from South Africa, Stuart White was featured in the previous round and will also be a strong candidate for victory. However, all eyes will be on Hadrien David, a brilliant winner twice at the opening round in Nogaro. The former member of the French FFSA Karting team arrives with the objective of continuing his momentum and maintaining his leading position in the overall standings.

Jules Mettetal, winner of the Winfield Volant, Enzo Valente, winner of the Richard Mille-Birel ART Volant, the American Nicky Hays, Gillian Henrion and Ugo Gazil will not hide their ambitions in this international competition this season.

There will also be a battle to follow for the victory in Junior between Victor Bernier, Isack Hadjar and Paul-Adrien Pallot, three drivers who had not yet celebrated their 15th birthday at the first race of the season.