As at Nogaro, Hadrien David clinched the fastest time of the Qualifying session, at the third of the seven events of the French FIA F4 Championship. The young Frenchman has tamed the beautiful Belgian circuit of Spa-Francorchamps perfectly. Nicky Hays of the United States was the fastest in Free Practice in the morning and was in the lead in Qualifying in the middle of the session, but David eventually improved in a last ditch effort. 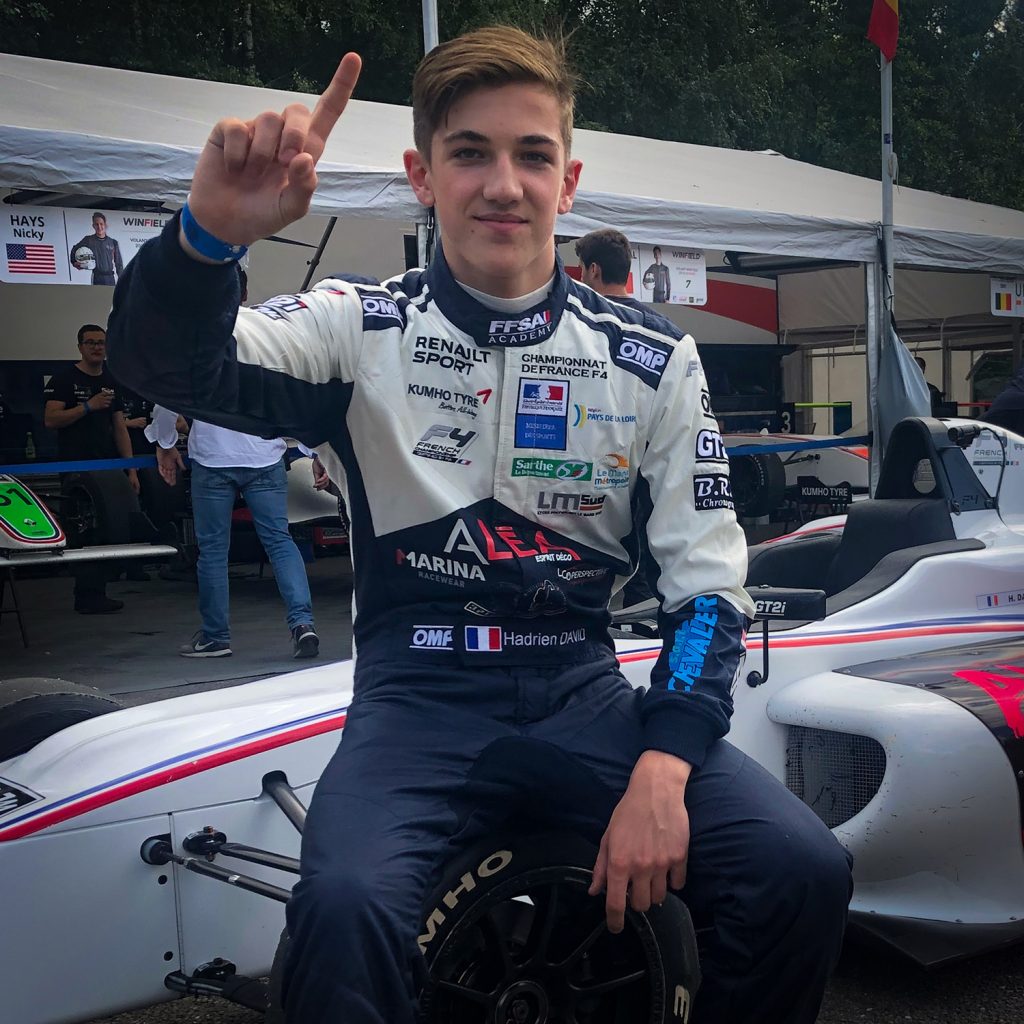 Five weeks after the show in the narrow streets of Pau, the 19 drivers of the very international FFSA Academy French F4 Championship have discovered a completely different environment: the Belgian Ardennes and its legendary 7 km circuit built in a natural and hilly environment. Friday started with a brilliant benchmark time in the morning by Nicky Hays with 2’33 “492, six tenths ahead of Hadrien David and one second ahead of two Juniors Victor Bernier and Isack Hadjar.

Not surprisingly, Hays and David continued their fight in the Qualifying session. The initial leader, the Frenchman yielded to Hays, who set a time of 2’34 “015, five small hundredths in front of his rival. But Hadrian David was back on the attack… “When I saw Nicky’s name on the panel, I gave everything to get pole. I’m really happy, because I had opted for a different strategy from the others while driving alone, while the others stayed in the pack to take advantage of the slipstream and a few tenths to win on the straight that leads to Les Combes. Despite the time I lost not benefiting from the draft, I managed to make the difference in the technical part. It’s promising for the races of the weekend.” With 2’33” 908, the leader of the Championship was also the only one to go under 2’34.

Juniors on the pace

As well as the 2nd fastest time, Hadrien David will start in pole position of Races 1 and 3. For his third participation in an F4 event at Spa Francorchamps, where he won in 2018, the South African Stuart White took 3rd position, in the same tenth as Hays. A pleasant surprise came from Juniors Victor Bernier and Isack Hadjar, respectively 4th and 6th in this order for Race 1, but in reverse positions for Race 2. Thanks to his improvement as the laps went on, Jules Mettetal finally took 5th place in Qualifying and will start 3rd on Sunday. Ranked 7th, Belgian Sten Van der Henst has confirmed his progress from Pau and will try to shine on his home turf.

Delayed at the beginning of the session, Reshad De Gerus ended up coming back to 8th ahead of Gillian Henrion and Evan Spenle, but it wasn’t really the performance that the Reunionese imagined. The current 2nd in the Championship, however, took 5th place on the grid of Race 3. Ugo Gazil was the fastest in the session in sector 1, but could not do better than 11th. There was also disappointment for Enzo Valente, one of the favourites, who could only take a modest 15th place.