After Pallot’s victory against Gazil in Race 2, a titanic clash took place in Race 3 of the F4 French Championship held at Spa Francorchamps. De Gerus won with a small gap to David, who is still leader overall.

Optimum weather conditions throughout the meeting and intense clashes marked the third event of the 2019 FIA French F4 Championship. In Belgium, the show put on by the young academicians was particularly exciting, magnified by the superb circuit of Spa Francorchamps where the slipstream phenomenon encourages passes and rebounds. 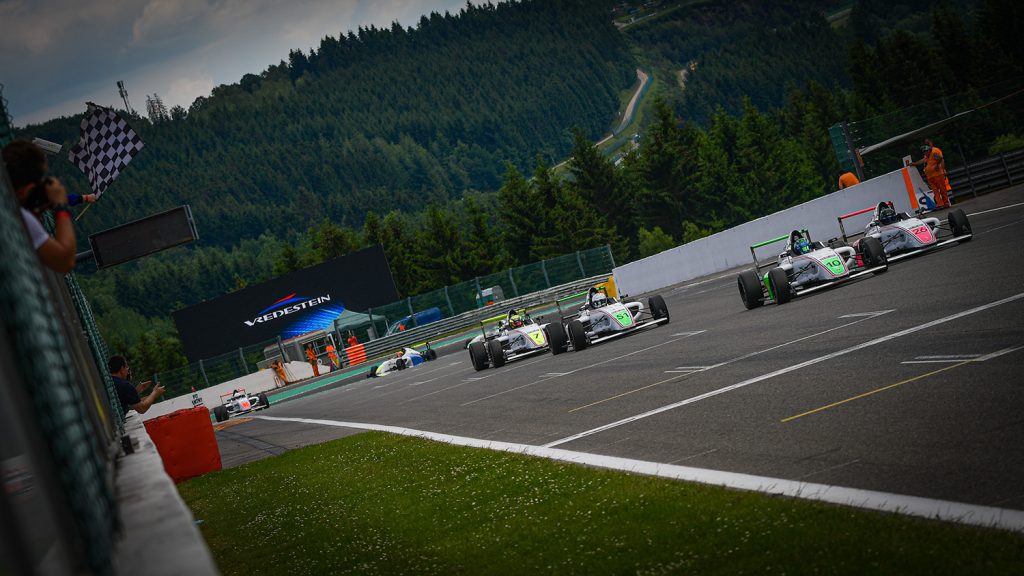 On Sunday morning in Race 2, it was Mikkel Grundtvig’s turn to take pole position due to the reverse grid principle for the top 10 of Race 1. At first, the Dane was surprised by Ugo Gazil. Starting 4th behind Gillian Henrion, Paul-Adrien Pallot hunting the big game. One by one he passed his opponents and crossed the finish line as winner, the day after his 15th birthday. “It’s a nice present,” exclaimed Paul-Adrien. “My start to the season did not meet my expectations and I was looking forward to a good result. I was able to take advantage of the draft to pass Henrion, Grundtvig then Gazil. Then I had a pace high enough to keep them behind me.” After the success of Isack Hadjar and the 3rd place for Victor Bernier in Race 1, the Juniors were definitely at the party at Spa Francorchamps.

Behind Pallot, Gazil gave his all, but had to be satisfied with another podium in front of Gillian Henrion. The latter was worried by Sten Van der Henst, before definitively getting the better of the Belgian on the last lap. In the pack, Hadrien David ensured his part of show by coming back from 17th to 6th place. At the end of the race, he stumbled on Pierre-François Duriani, who took his best result of the season thanks to this 5th position. Victor Bernier was 7th ahead of South African Stuart White and American Nicky Hays, who scored the fastest lap in the race. The winner the day before, Isack Hadjar had to retire, as did Evan Spenle.

After a lack of success on Saturday, Hadrien David and Reshad De Gerus reminded their opponents that they were still the strong men of the 2019 FFSA Academy Championship. Nicky Hays however made a great start, but the top two of the Championship managed to get the better of him, before extricating themselves from the pack to decide the result between themselves. Their confrontation lasted throughout the race and ended on the line with victory of the Reunion driver, who took the opportunity to gain some points overall on Hadrien David.

“I had a lot of problems over the weekend and I really wanted to finish in style,” said Reshad. “I had a good start from my 5th position on the grid, it was very lively in the pack and I even finished the first lap in the lead. Then it was very tight with Hadrien, we swapped positions several times. He passed me on the penultimate lap and I had to wait for the last corner, under braking at the bus stop, to respond. It’s great to win again. More than ever, the title remains my priority objective.” In 2nd, Hadrien David was also deserving and retains the lead in the provisional ranking.

Just as indecisive, the fight for 3rd place between Nicky Hays, the fastest on the track, and Jules Mettetal, ended to the advantage of the American. Behind him, for 5th place, Evan Spenle managed to get rid of the threatening Gillian Henrion, himself under pressure from Isack Hadjar, again winner in Junior. Inserted in 9th position between Pallot and Duriani, Enzo Valente was to regret this difficult weekend in Wallonia.

This Belgian trip has confirmed the very high standard of the French F4 Championship and a very competitive meeting is predicted on the Lédenon circuit in the Gard on 5th-7th July. 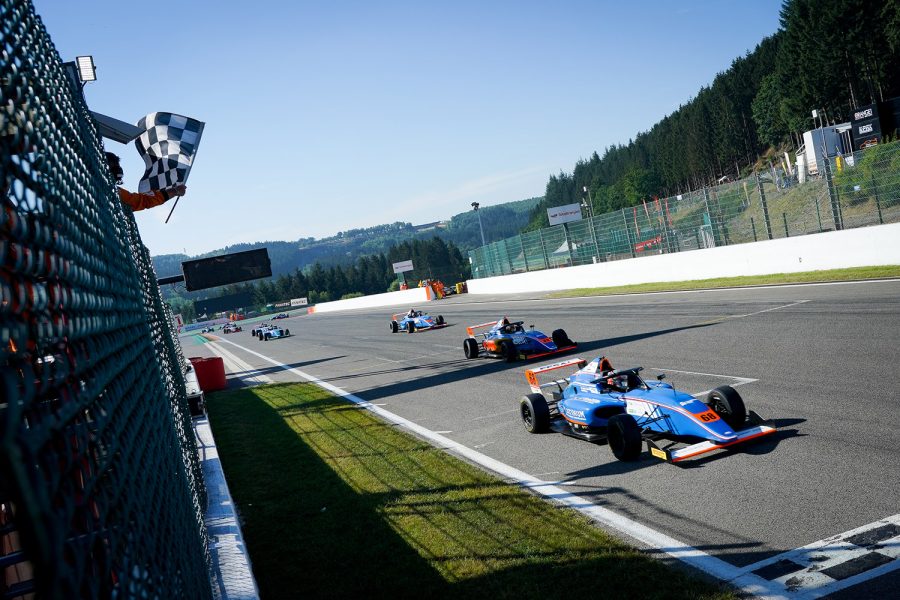 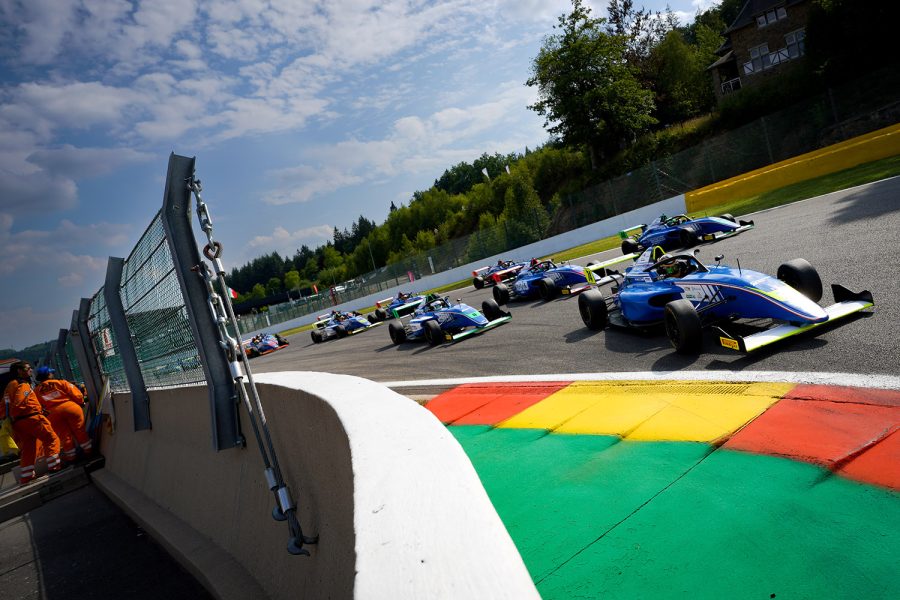 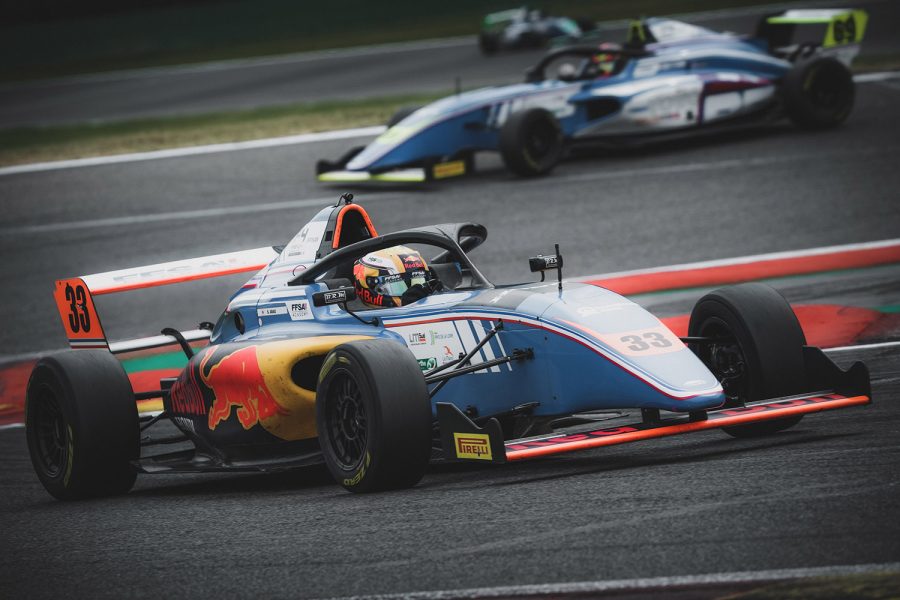 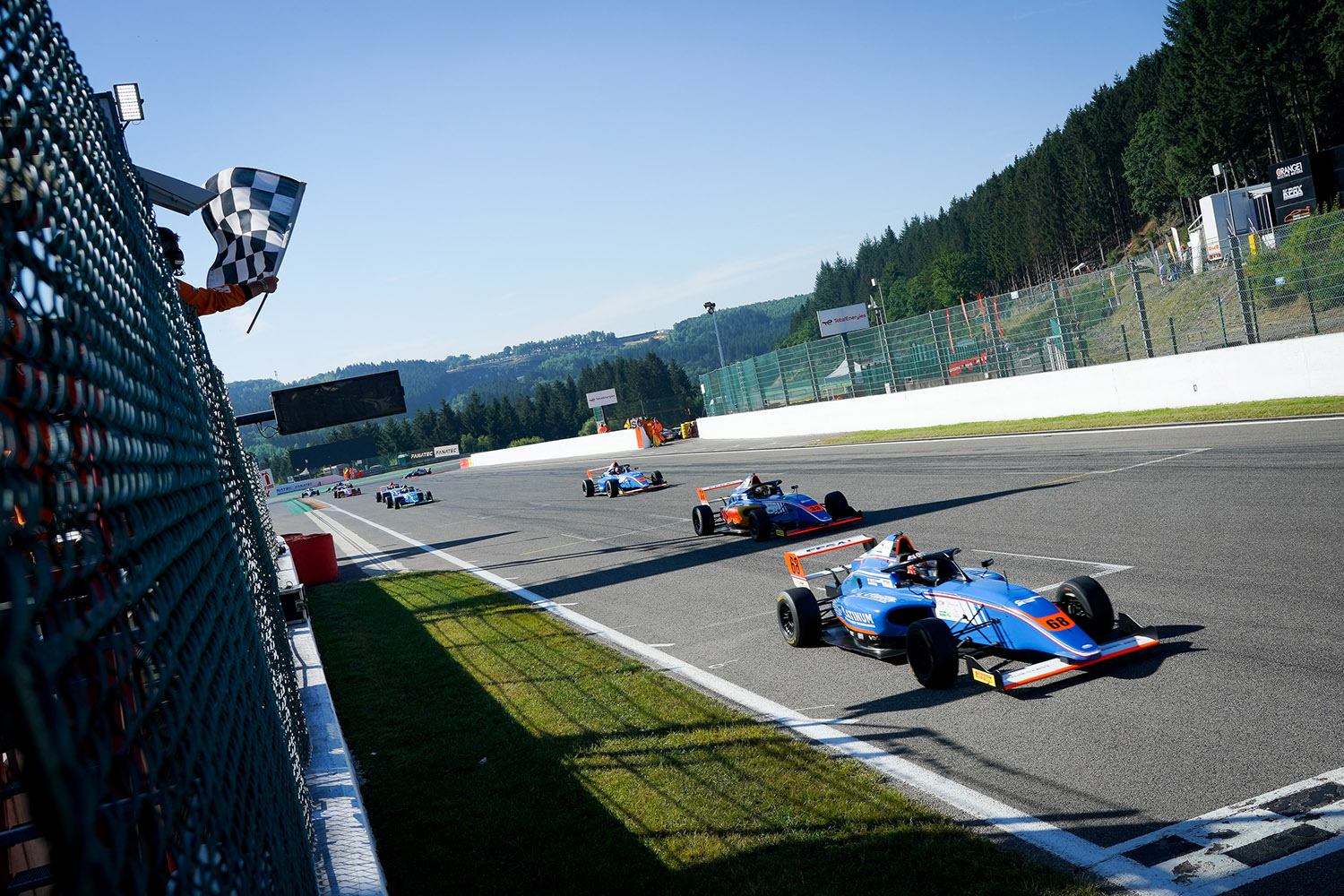 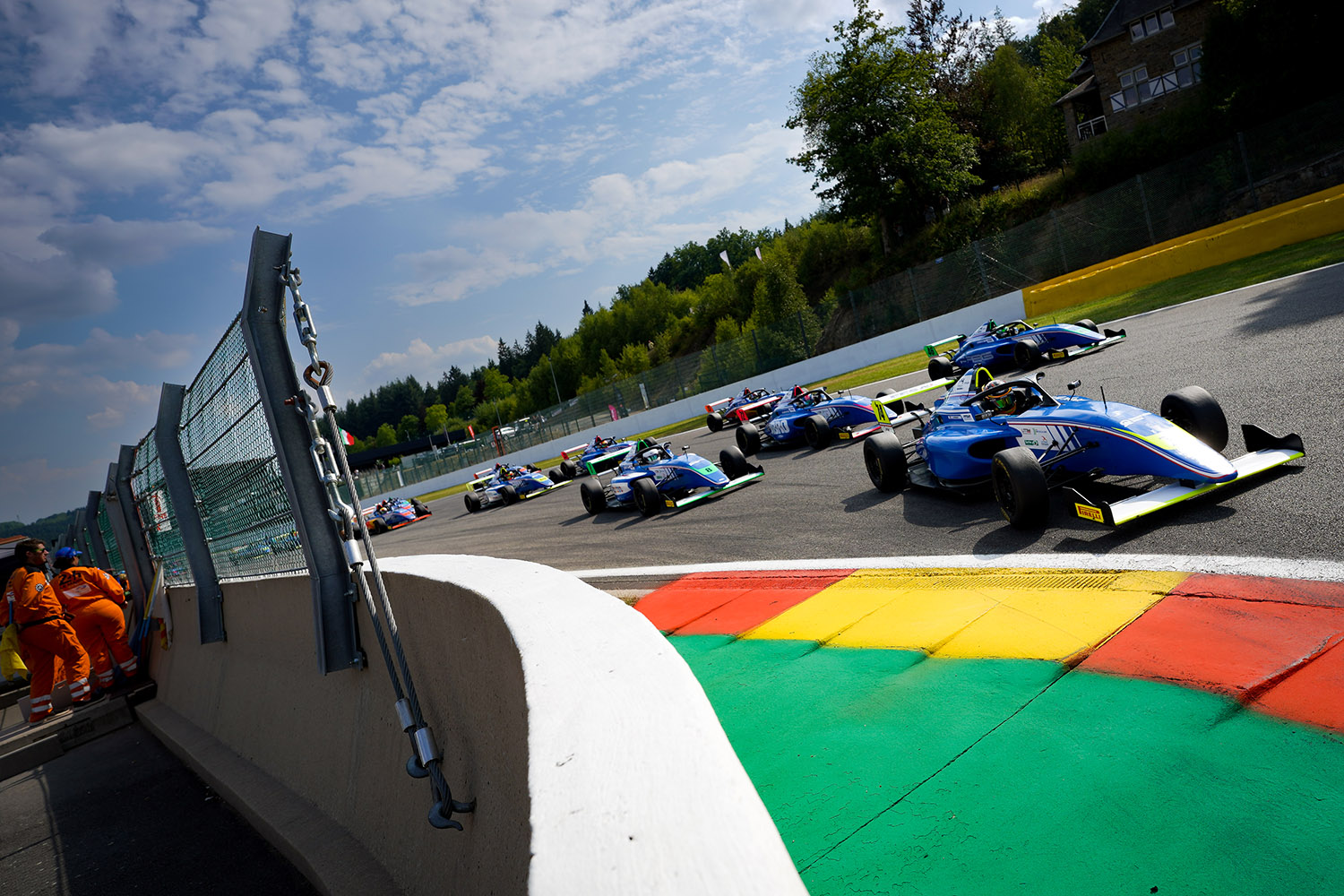 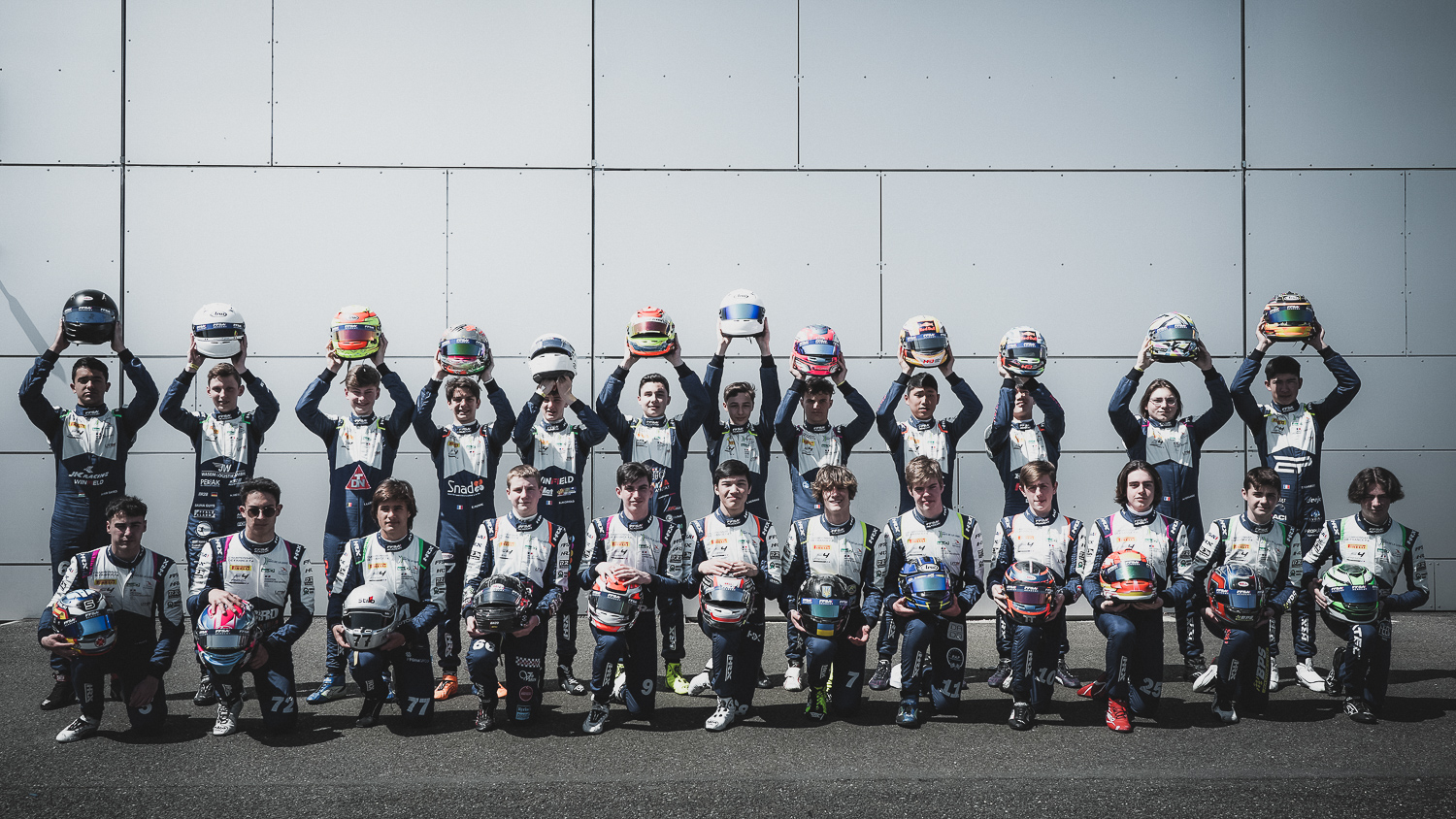