F4 Academy: Hadrien David the sole leader on Sunday at the Hungaroring 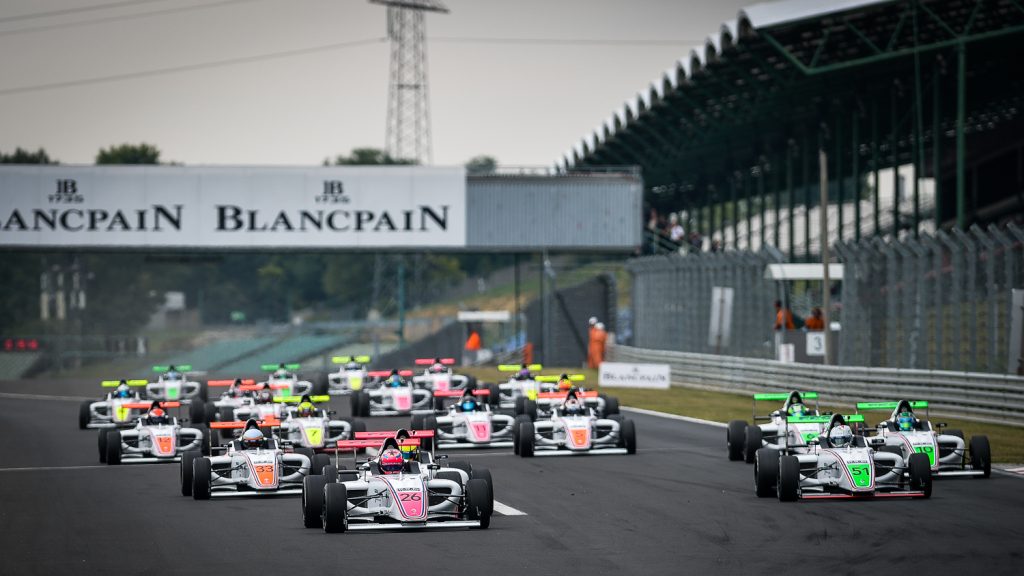 Hadrien David totally dominated Race 3 of the Hungarian round of the FFSA Academy French F4 Championship. He relegated the pack, led by Reshad De Gerus and Victor Bernier, again the top Junior, by more than 12 seconds after starting on pole.

Statistics continue to speak loudly for Hadrien David: six wins, five fastest laps and four double pole positions in five meetings with three races each. The driver from the French FFSA Espoirs Karting team has achieved an important success in the French F4 Championship, as he leaves Hungary 18.5 points ahead of Reshad De Gerus, against seven points before the event. Hadrian delivered his analysis.

Hadrien David has to bring out his joker!

“We are allowed two more new tyres during the season and the Race 2 puncture on Saturday forced me to use my “joker” this Sunday. I would have taken too much of a risk by using a very worn tyre from the previous race. It’s a shame, because from pole position, the ideal would have been to win in the same way without this change. However, it’s still a very positive weekend, firstly with the double pole, victory in Race 1 – even though it brought half the points – two fastest laps and another success in Race 3. My start was good and I really had a very fast pace, so I was able to escape very quickly. I’m still at the top of the Championship and the goal is to stay focused to maintain this advantage in the next two events.“

On the Hungaroring circuit, the podium was decided at the first corner. Very fast, Reshad De Gerus was immediately positioned alongside Victor Bernier at the end of the straight and he stole 2nd place in the battle that followed. The driver from Reunion Island was able to impose a steady pace and took shelter from a response from Bernier, himself busy monitoring Evan Spenle in his mirrors.

Belgium’s Sten Van der Henst missed the start of the race and lost positions, while Isack Hadjar soon beat the American Nicky Hays for 5th place. Further, back there was another duel between Hugo Valente and the young Russian Vladislav Lomko, who overtook the winner of the Volant Richard Mille.

Another Junior success for Bernier

In full battle in the top 10 with Ugo Gazil, Gillian Henrion and Van der Henst, Jules Mettetal found himself in difficulty and ended up retiring, as did Valente a little later.
At the end, the positions stabilised behind David and De Gerus. Bernier was 3rd despite pressure from Evan Spenle and Isack Hadjar, while Hays kept Gazil behind him. Lomko completed the top 10 in his first meeting.

The drivers of the very international F4 French Championship will have little time to rest,like the staff of the FFSA Academy, as the next event is scheduled for the following weekend (13th-15th September) at Magny-Cours, as part of the French FFSA GT Championship. Hadrien David will wear the leader’s bib in front of Reshad De Gerus and Nicky Hays, followed by Gillian Henrion, who remains a contender for the final 2019 podium behind the American. With two events remaining and a full meeting to count, the suspense promises to continue until the end of this exciting F4 season.

Provisional ranking of the French F4 Championship after Budapest (5/7)