F4 Academy: Iwasa and Lomko the first winners of 2020 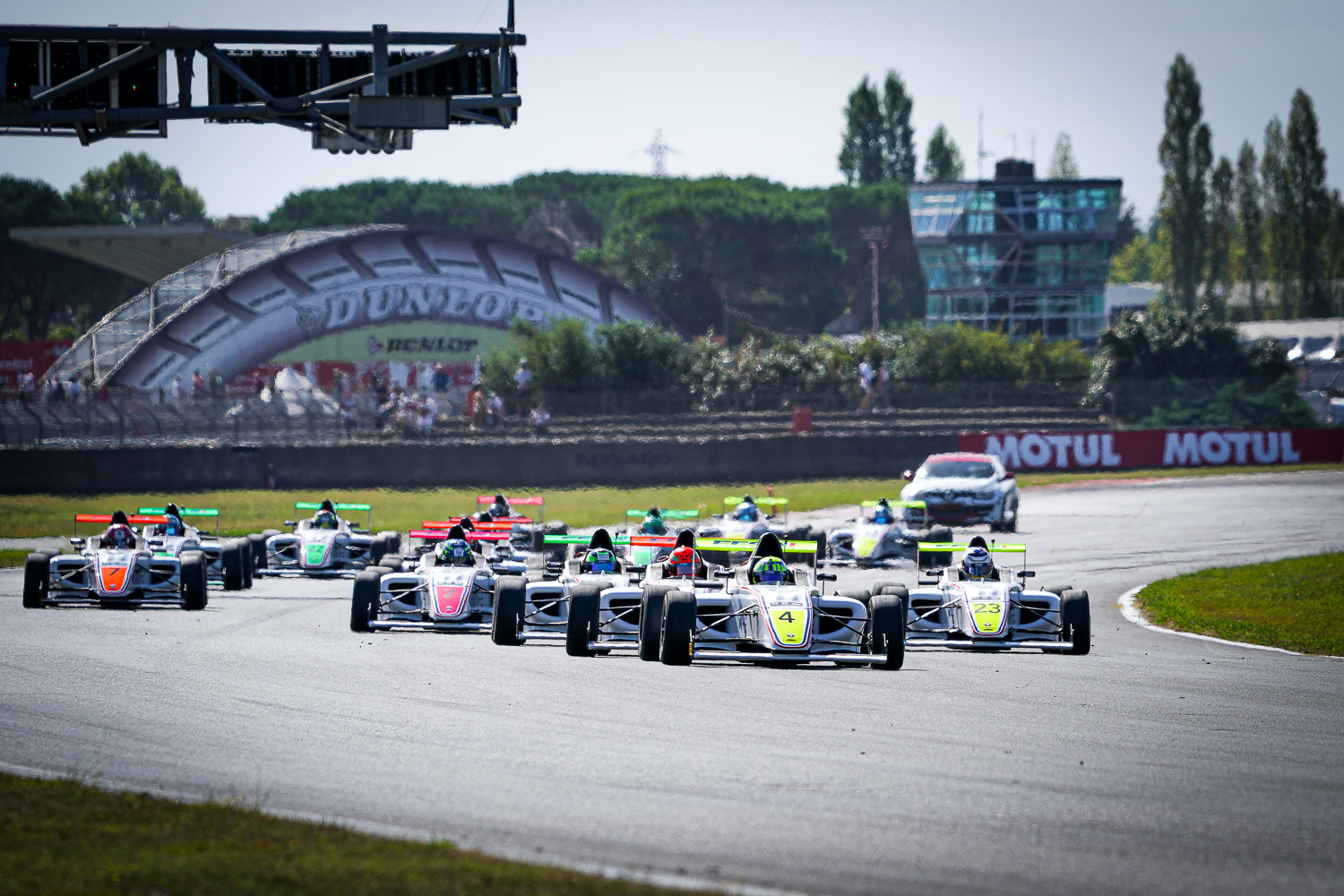 After the verdict of Friday’s Qualifying session, the first real day of competition of the French F4 Championship was dedicated to two ambitious international drivers: the Japanese Ayumu Iwasa and the Russian Lev Lomko.

As was to be expected with the quality of the 2020 vintage entered in the FFSA Academy in the French F4 Championship, the first two races organised during the Easter Cup at Nogaro were full of interest. First of all, it was the Japanese drivers who set the scene with a masterful double from Ayumu Iwasa and Ren Sato. The fight for victory and places of honour was even more intense in Race 2 with constant duels and a solid winner, the Russian Lev Lomko. This new racing season promises to be full of interest and promise.

Japanese double with Iwasa and Sato in Race 1

While the front men got off to an impeccable start from the front row of the grid, a first race incident led to some changes in the pack. Loris Cabirou was relegated from the front of the field, while Romain Leroux was forced to retire before the end of the first lap. At the front of the field, Japan’s Ayumu Iwasa and Ren Sato confirmed their Qualifying results and opened up an initial gap over Isack Hadjar. The Dutchman Marijn Kremers managed to catch the Frenchman thanks to a pass on the Ukrainian Ivan Peklin, shortly after the lights went out.

As the laps went on, Iwasa and Sato continued at a very fast pace, frequently exchanging fastest times. Sato was fastest overall with 1’26″748, but Iwasa held on and won this opening race of the season. Isolated in 3rd position, Hadjar completed the podium. Behind him, Peklin had to give way to Frenchman Sami Meguetounif, then to Mexican Rafael Villagomez. Meguetounif then put pressure on Kremers, but was unable to take 4th place.

After his misadventure at the start, Loris Cabirou overtook Owen Tangavelou, Daniel Ligier, Noah Andy and finally Lev Lomko to move up to 9th behind Germany’s Valentino Catalano, winner of the Junior classification.

Taking advantage of the inverted grid for the top ten in Race 1, Lev Lomko was on pole position on the grid for Race 2 with Loris Cabirou at his side. Lomko started perfectly, while Cabirou quickly tried to overtake the young Russian, as he had been able to do in the previous race. But in the end, Lomko gave himself a bit of breathing space, as Cabirou found himself under pressure from Ivan Peklin, who was faster than Valentino Catalano at the beginning of the race.

The field remained together, with lively battles at all levels of the pack. The situation changed even more in the last laps. The head-to-head between Cabirou and Peklin benefited Catalano who was 2nd behind Lomko. Peklin finally got the better of Cabirou, sealing the podium hierarchy with a Russian in front of a German and a Ukrainian. Unheard of in F4 Academy! In addition, Catalano scored a second consecutive win in the Junior category.

The end of the race still offered its share of surprises, with a collision that sent Ren Sato into the gravel trap. The Japanese driver had just completed the fastest lap in the race! Mexico’s Rafael Villagomez put in a solid race to finish 4th ahead of Ayumu Iwasa, who came back brilliantly from 10th place. With progress of two places, Isack Hadjar was 6th in front of Marijn Kremers and two drivers rather disappointed by the turn of events: Loris Cabirou and Sami Meguetounif. Starting 14th, Romain Leroux completed the top ten.

Continuation of the Coupes de Pâques programme at Nogaro:
|Sunday 23rd August at 11:48 for Race 3