Thanks to an audacious overtake with two laps to go, Frenchman Isack Hadjar won Race 3 on the Paul Ricard circuit with panache, at the expense of Japanese driver Ayumu Iwasa, who made an almost decisive step towards the French F4 Championship. 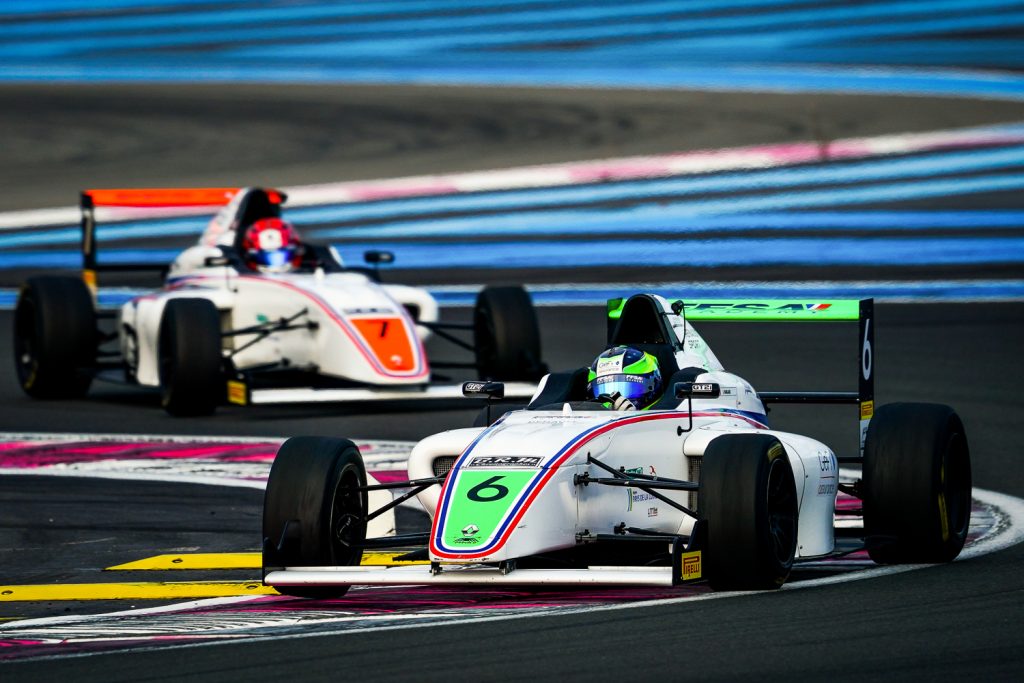 Race after race, the very international French Formula 4 Championship continues to offer exciting competition at all levels. With one race left at the end of the season, the hierarchy is beginning to take shape in earnest.

Although Isack Hadjar was undoubtedly the best performer of the meeting with a double pole position, two victories, a podium and two fastest laps, Ayumu Iwasa still scored significant points. Mathematically, the Japanese driver has the title in his pocket, but he will have to line up at the start of the last race to validate his crown in the count back.

Contrary to Race 1, where Hadjar had kept the advantage of pole position in the first corner, the Frenchman was caught by his rival Iwasa when the lights went out. Third on the starting grid, Romain Leroux saw Sami Meguetounif and Ren Sato break away from him on the first lap. In the pack, a crash involved Daniel Ligier and Owen Tangavelou, who both dropped down the order.

The Russian Lev Lomko made a good move from P11 to P8. He passed the Dutch driver Marijn Kremers and the German Valentino Catalano. A superb duel began between the three drivers. Loris Cabirou overtook Noah Andy on the third lap, who had started well.

At the front, the pressure from Hadjar on the leader Iwasa was getting stronger and stronger with each lap. The Frenchman set the fastest lap in the race ( a little more than a thousandth of a second faster than his rival!) and tried to find the opening, while managing his tyres as well as possible. On the penultimate lap, Hadjar attacked on the double right-hand side of Le Beausset and headed towards victory, quickly gaining enough advantage to prevent Iwasa from coming back to him. With this second victory of the season, Hadjar maintains the suspense for second place in the championship, still held by Sato.

Winner the day before, Sami Meguetounif was once again very strong, keeping Ren Sato and Romain Leroux behind him. The driver from Marseille held on until the end and won his place on the podium. Always a very good finisher, Valentino Catalano took 6th place and another victory in the Junior category. In his wake, the head to head between Lomko and Kremers finished to the advantage of Lomko. Loris Cabirou took 9th place and Noah Andy was able to complete the top 10, having resisted the Ukrainian driver Ivan Peklin until the end.

On 20th, 21st and 22nd November, the Paul Ricard circuit will once again host the French F4 Championship and the FFSA Academy for the last meeting of the 2020 season, but this time on the 3.8 km track.